Joya Sikder is a transgender rights activist who has been working in Bangladesh for twenty years. She is the founder and currently the President of Somporker Noya Setu (SNS), an organization that works to ensure rights of transgender and gender diverse communities through advocacy, mobilization, sensitization workshops and policy dialogues since 2010. She currently also works as a researcher at ICDDRB where she has been working from 2005 to collect data on health of transgender community members. She worked at Care Bangladesh from 1998- 2003 as an outreach worker to collect data on violence against hijra community and raise awareness about HIV/AIDS. She has also served as a founder member at the Badhon Hijra Shanghai from 2003- 2009.

As an activist, she takes part in different international and local conferences and policy dialogues. She represented her organization at the ILGA Asia conference in Taipei, Combodia and South Korea. Joya has worked with UNDP and UNAIDS. 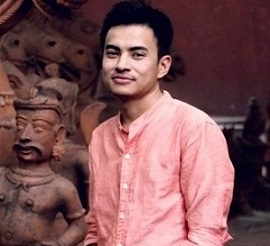