The Orfalea Center and TRENDS have hosted three conferences since 2015. The first was held in Santa Barbara December 3-4, 2015, the second was in Washington, D.C. in April 2016, and the third was in London, in December 2016. TRENDS has also funded a post-doctoral scholar in the Orfalea Center. This post-doctoral scholar has focused on the constructions of terrorism research project.

Constructions of terrorism emanate from a wide range of sources. Governments and international organizations create criminal laws and administrative lists defining who is a terrorist or what acts constitute terrorism.  In society, discussions amongst members and the press plays a major role in how the words terrorism and extremism are used and applied which in turn influences in social understandings and government policy. Terrorist groups themselves contribute to these constructions by the rationales and justifications they use for their actions. Today we are seeing the continual reference to terrorism in everyday language, government policy, news reporting, international diplomacy and from various groups and uprisings. It appears that any form of opposition or deviant behavior involving violence could be classified as a form of terrorism.

With the term being used to describe a wide range of violence, it is difficult to formulate effective government responses aimed at prevention and eradication.  It further makes things difficult in social settings for creating conducive environments for reconciliation. This project seeks to establish appropriate research frameworks for understanding how we construct our understandings of terrorism.  From this we will be able to establish guidance for policy makers and states to follow in their efforts to eliminate terrorism and extremism. From the perspective of countering terrorism and extremism, if there is not a well-developed understanding of the object of these frameworks, they will not be effective. 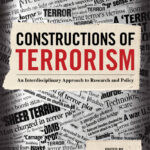 The Orfalea Center for Global & International Studies is excited to announce publication of a new book: Constructions of Terrorism: An Interdisciplinary Approach to Research and Policy. Published by the University of California Press, this book is a product of the Constructions of Terrorism research agreement between the Orfalea Center and TRENDS […] 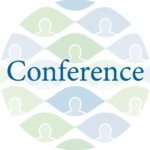 6-7 December 2016, ICSR, King’s College, London Organized by TRENDS Research & Advisory, International Centre for the Study of Radicalization and Political Violence (ICSR), King’s College, and the Orfalea Center for Global and International Studies, University of California, Santa Barbara Overview In the Constructions of Terrorism project, we have explored […]

Constructions of Terrorism: Confronting the Challenges to Global Security Created by Daesh/Islamic State

What is the so-called Islamic State (also known as ISIS/ISIL, Daesh)?  What threat does it pose to global security?  Should we even consider it to be a threat?  What will be left behind after it someday goes away?  These questions and more were tackled by a group of scholars, practitioners […]